Unfinished: these are simply plain wood, burned with the rune, and sent.

Finished: I use an all natural stain made from black walnut shells, which has no artificial colors, chemicals, or additives.

The order of the runes has nothing to do with the ABC and clearly developed independently. As for the runes themselves, there is no agreement on their origin: some researchers are inclined to think that runes were greatly influenced by the Roman alphabet, others point to Etruscan writing from Northern Italy. As it seems, the oldest datable runic inscription is on the comb from Vimose (ca 160 AD). The elder Futhark remained in use until the ninth century, when it was superseded by other runic systems due to the phonological changes in Germanic languages, which made it less suited to render the current speech sounds. 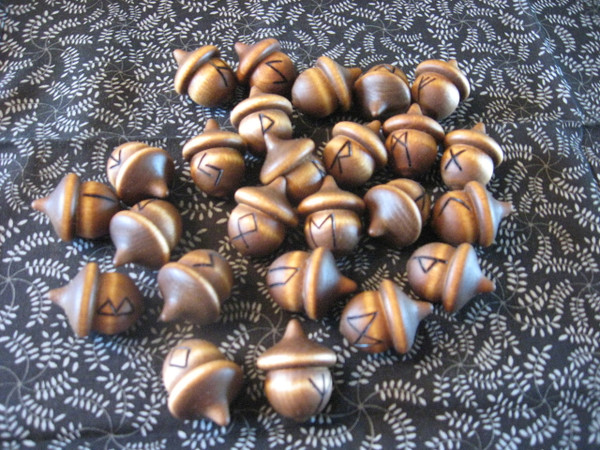 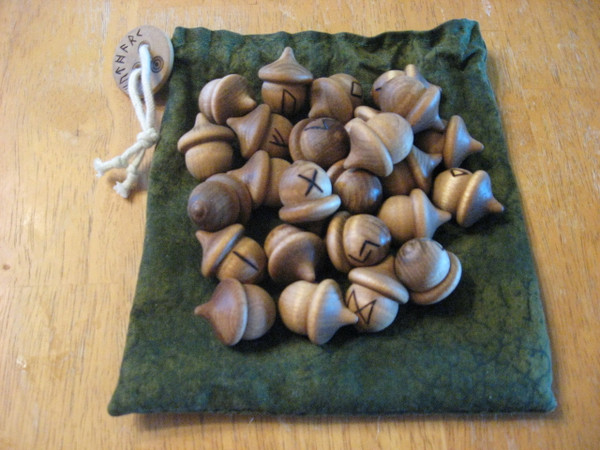 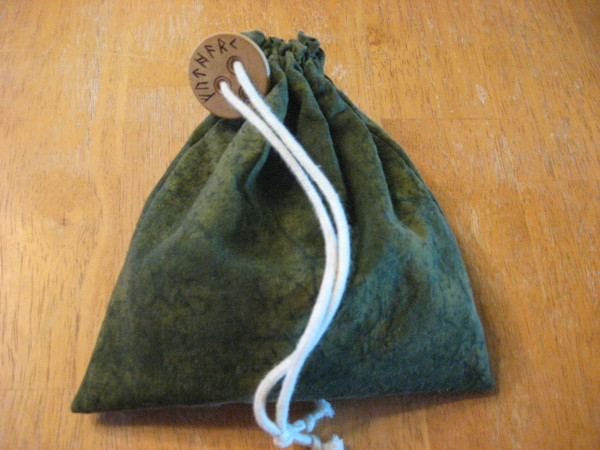 I ordered these in December, and for a bit thought they were lost in the mail because USPS wasn't updating tracking. They came in today though, and they are WELL worth the wait. Absolutely stunning craftsmanship and excellent energy. I cannot wait to use them. Thank you so much for this gorgeous addition to my tools.

I LOVE these guys! The handbook appears to be missing a page, but that's what the internet is for, isn't it?

Beautifully crafted. Exactly what I was looking for for my son. Thank you.